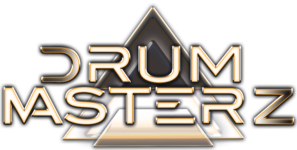 Pascal Reschke (born January 5, 1990) is a German DJ and music producer. It has its roots in North Rhine-Westphalia. (Witten)

Pascal began to be interested in music and playing instruments at an early age. Initially as a DJ on the weekend, later as a producer. On September 4th, 2014 he achieved his first success with his single Flute Reloaded (2k14 Dance Edit) in the Beatport charts. Since then he has produced various styles of music such as Hands Up & EDM for the label (UR-Music). Since 2016 he has been producing remixes and releasing songs under the label RGMusic Records and Sea Air Media. Remixes & singles for danceclusive recordings, domega records and mental madness are now also produced. Via RGMusic Records, he has already made it onto the so-called Technobase.fm samplers several times, which run on the ZYX Music label. In 2020 he made it to the popular Future Trance with his single “Life is Wonderful” and then he mixed the “Technobase.FM Vol.28.

His previous releases can be found in the discography. Further remixes & singles are in the works and will be released soon as usual.